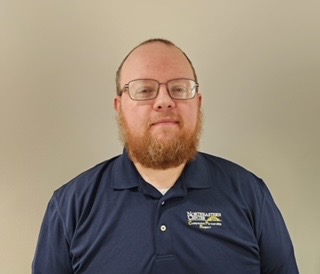 Benjamin has been working for the Northeastern Center since the Spring of 2021 as the center’s Residential Nurse and recently accepted the open Nurse Manager position.

Benjamin did not begin his career in Psychiatric nursing, but quickly developed a passion for it when he began working in the specialty in 2017, after spending some time working on an inpatient unit he realized that the area of mental health was one he wanted to continue in.

Northeastern Center, Inc. has been serving the people of DeKalb, LaGrange, Noble, and Steuben Counties for over 45 years.