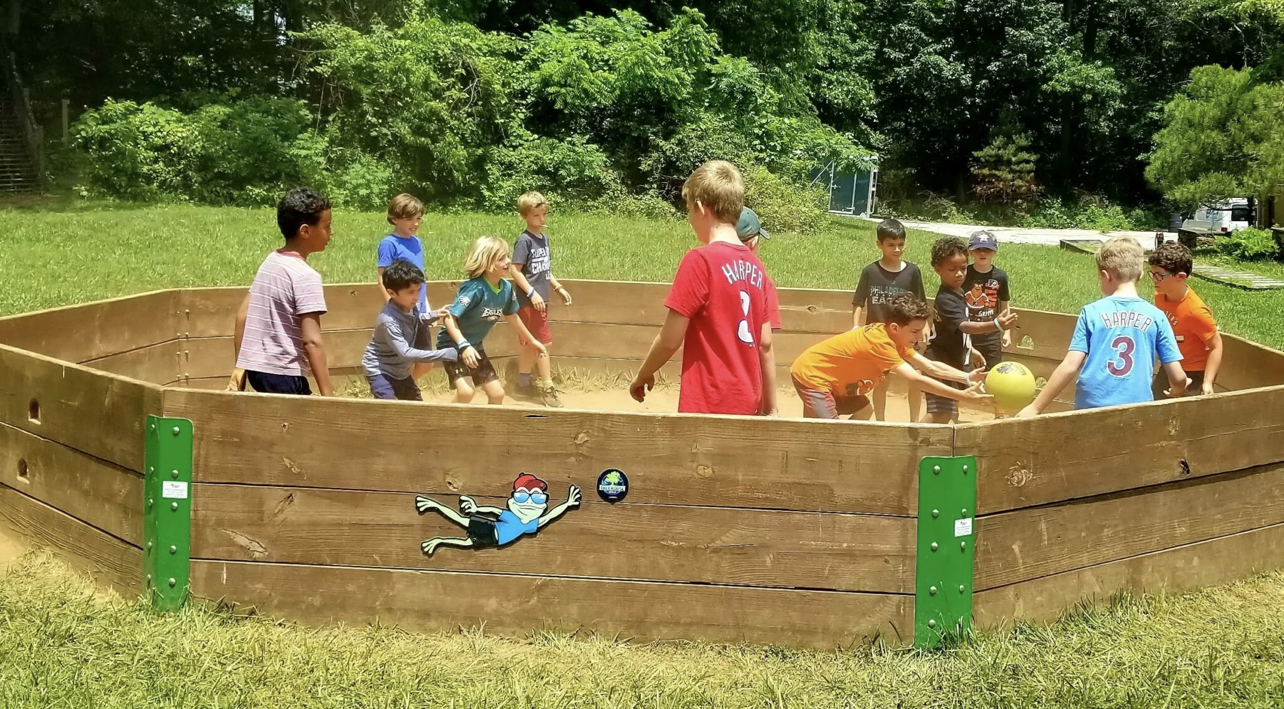 ANGOLA, IN — A new recreational activity is coming to an area park in the “Land of 101 Lakes”.

The game of gaga ball will soon be available for residents and visitors to Steuben County.

A gaga ball pit will be installed at Steuben County Park. The pit will be placed in an area near the campground at the Crooked Lake location.

“Gaga ball is a form of dodgeball that originated in Israel in the 1970s and spread when Israeli counselors brought the game to summer camps around the world. Players start in a “pit”, an octagon shaped court, hitting and rolling the ball with their hand to eliminate other players. When players are hit below the waist, they are out-but players can always re-enter the game by catching a ball from the sidelines.”

The game, geared towards older children and adults, is played in a large octagon, hexagon or circular pit with a soft playground ball.

The game has fairly easy rules. According to gagaspere.com “One player throws the gaga ball up into the air. Players yell “Ga” as it bounces and the ball is in play after the second bounce (“Ga-Ga”). Players can hit the ball with one hand, but cannot pick up and throw it. If the ball touches a player anywhere on or below the waist, that player is eliminated.”

The new Gaga ball pit, expected to be ready this summer at Steuben County Park, should be able to accommodate roughly 25 players.

The Steuben County Board of Commissioners allocated spending roughly $1,200 for the game pit.