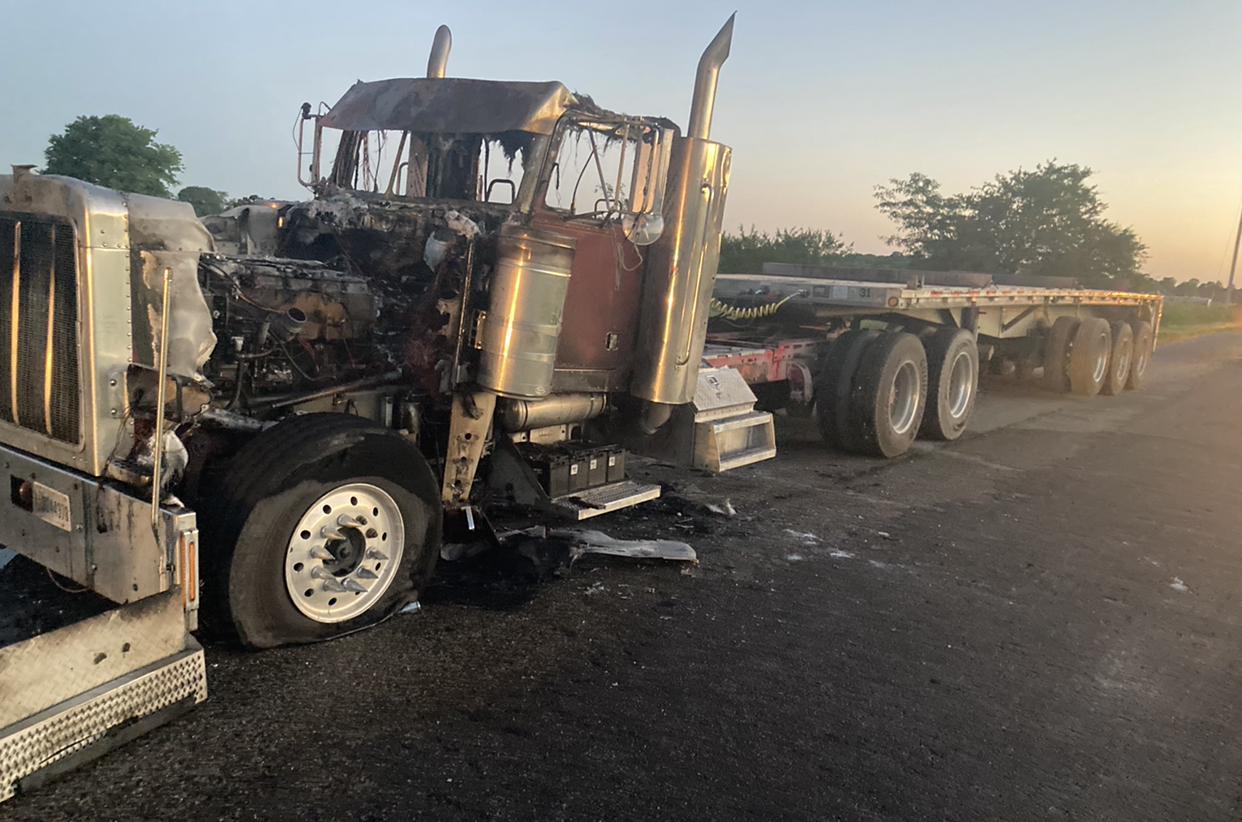 A semi tractor was destroyed by fire in DeKalb County early Friday morning despite efforts by the driver to extinguish the flames.

According to the DeKalb County Sheriff’s Department, the semi driver was heading south on County Road 55 when he saw flames coming from the hood of his rig. He pulled over and tried to put the flames out with a fire extinguisher, but he was unsuccessful.

The tractor was a total loss, however the trailer was not damaged.

The driver was reportedly not hurt.