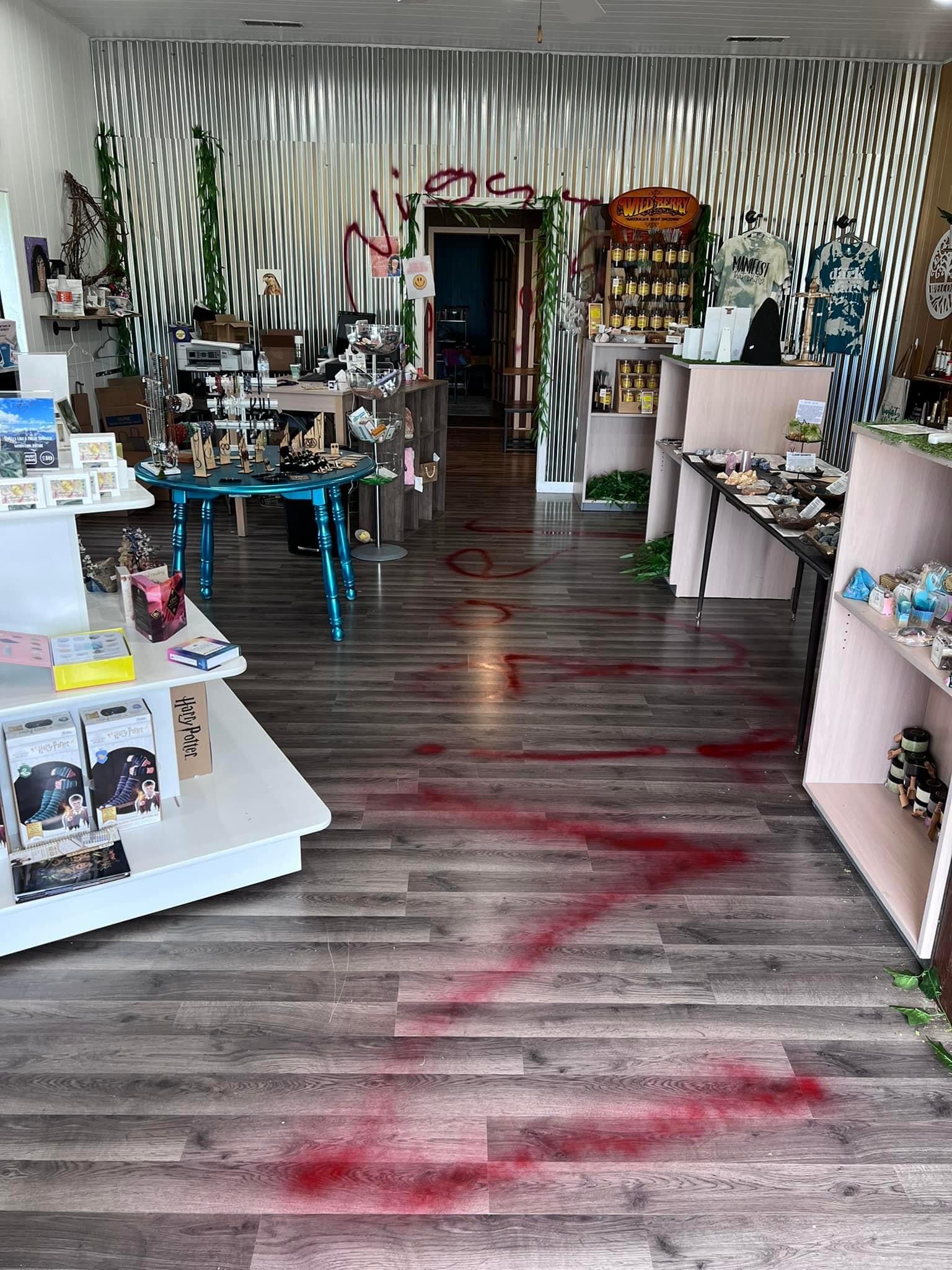 ANGOLA - An Angola store was closed Monday morning after what appears to be racially based vandalism that took place inside of their store.

According to a Facebook post by Willow Tree Shoppes Monday, they closed their business after a vandalism incident that included racial slurs made with spray paint throughout the inside of their store.

As of just before 5 PM Monday, the WLKI news team has reached out to the store owners, as well as local authorities and Angola city officials for more information. So far our news team has not had a response from any inquiries made (they may have not had an opportunity to respond).

Many in the community have expressed outrage over these actions with some even calling it a “racially motivated hate crime”. In addition, many area residence, as well as business owners are appalled that such a thing would happen in the Angola community.

We hope to have more information on this story as it becomes available.